An exciting opportunity exists for a passionate and dedicated Head of Department (Curriculum) to join our team at Manly West State school. The ideal applicant will be supporting the leadership team to lead an explicit improvement agenda. The Head of Department (Curriculum) will have excellent initiative, organisation and communication skills and will lead curriculum design, pedagogy and data analysis to drive and support high quality teaching and learning practices. The ideal candidate will also support academic case management to improve student outcomes and make a positive difference. This position is 0.8 FTE and will commence as soon as possible in Term 3, 2022.

Manly West State School is situated in the family-oriented suburb of Manly West, 13 kilometres from the Brisbane CBD, with stunning, panoramic views over Moreton Bay. Many families are second-generation and proud of their school's heritage and tradition. We live our motto: ‘Active Minds, Bright Futures'. It reflects our desire that all students achieve to their potential and put into action their own passion for learning. Our school has an optimistic ‘sense' of community and a shared focus on supporting our students to be critical and creative thinkers.

As the Head of Department (Curriculum) you will have responsibility for the following:

For a full list of mandatory requirements please see the attached role description.

Applications remain current for 12 months from the closing date and may be considered for appointment to identical or similar vacancies within the Department. Applications from recruitment agencies will not be accepted. 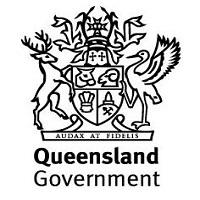 About Queensland Government - Department of Education