Scoresby Secondary College is located in Knox with an enrolment around 300, which is expected to rise significantly over the next few years. The College serves the communities of Scoresby, Knoxfield, Ferntree Gully and the surrounding suburbs of Rowville, Lysterfield, Wantirna South and Boronia. The College is structured around two sub schools with each sub school established to meet the age specific needs for the different stages of their journey from early adolescence into adulthood. Junior School (Years 7,8,9) Senior School (Years 10,11, 12). A strong Code of Conduct provides for a safe and orderly environment.  The College sets high expectations and promotes active participation in learning with a belief that all students can develop and achieve success across a range of curricular and co-curricular activities.  It is the setting of high expectations that the College believes empowers students to aim for their personal best and take on responsibility for their own behavior and learning. Students study a core program of English, Mathematics, Science, Humanities, Mandarin, Physical Education, Arts, Music, and Technology in the Junior School with a range of opportunities for specialisation in the Senior School. The extra-curricular program includes an exceptional voice and instrumental program, performing arts production, camps and overseas sister school, student leadership opportunities and sport. The College boasts a mix of traditional and purposeful teaching and learning facilities, a Senior School Study Centre, Resource Centre, extensive playing fields, including a four court synthetic surface, gymnasium, landscaped grounds and computer and ICT facilities throughout. The College prides itself on the establishment of partnerships with business, industry and tertiary education providers, providing authentic learning experiences for student learning and greater opportunities for student pathways and transitions. The majority of the College’s graduates are successful in obtaining places in university and TAFE after completing Year 12.

SC1      Demonstrated expert knowledge of the relevant curriculum. Demonstrated ability to lead and manage the implementation of school priorities, and the teaching of literacy and numeracy skills across the curriculum.

Leading teachers will be highly skilled classroom practitioners and undertake leadership and management roles commensurate with their salary range.  The role of leading teachers is to improve the skill, knowledge and performance of the teaching workforce in a school or group of schools and to improve the curriculum program of a school.

Typically, leading teachers are responsible for coordinating a number of staff to achieve improvements in teaching and learning which may involve the coordination and professional support of colleagues through modelling, collaborating and coaching and using processes that develop knowledge, practice and professional engagement in others.

Leading teachers are expected to lead and manage a significant area or function within the school with a high degree of independence to ensure the effective development, provision and evaluation of the school's education program.

Leading teachers will be expected to make a significant contribution to policy development relating to teaching and learning in the school. A leading teacher has a direct impact and influence on the achievement of the school goals.

Leading teachers are usually responsible for the implementation of one or more priorities contained in the school strategic plan.

In recognition of the importance of leadership and management combined with exemplary teaching practice for improved student learning outcomes, the key roles of the leading teachers may include but are not limited to:

Teachers currently registered or eligible for registration with the Victorian Institute of Teaching and qualified to teach and/or have demonstrated experience in the curriculum area(s) specified for the position.

A person is not eligible for employment in the Teaching Service unless that person meets the vaccination requirements on commencement in the position. 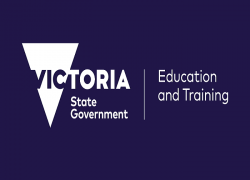 The Victoria State Government is the executive administrative authority of the Australian state of Victoria.

As a parliamentary constitutional monarchy, the State Government was first formed in 1851 when Victoria first gained the right to responsible government. Since the federation of Australia in 1901, Victoria has been a state, to which the Constitution of Australia regulates its relationship with the Australian Government. Under the Constitution, all states ceded legislative and judicial supremacy to the federal government but retain powers in matters not in conflict with federal law.