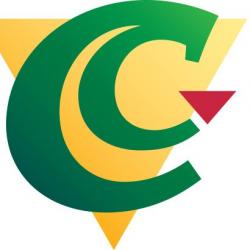 Central Goldfields Shire is a local government area in Victoria, Australia, located in the central part of the state. It covers an area of 1,533 square kilometres (592 sq mi) and, in June 2018 had a population of 13,209.

The Shire is governed and administered by the Central Goldfields Shire Council; its seat of local government and administrative centre is located at the council headquarters in Maryborough, it also has a service centre located in Talbot. The Shire is named after the region having historically been a major goldfields region in central Victoria.