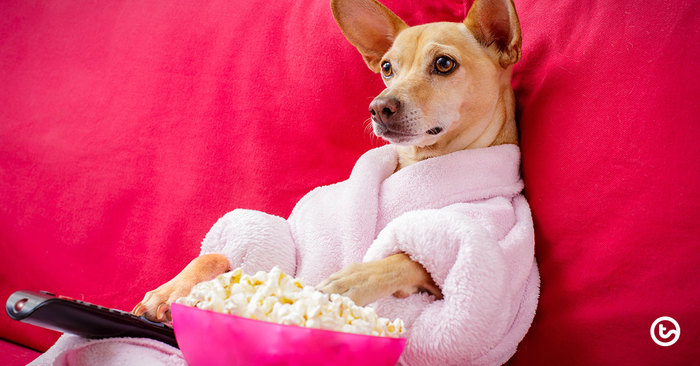 It’s the holidays! And, it’s time to have some totally acceptable Netflix binging sessions! Let’s face it, teachers love a good Netflix binge even during the term – all while replying to emails, doing lesson planning and scrolling Pinterest. We’re very good at multitasking, aren’t we? It helps if we have some of the best Netflix series at our fingertips!

Well, good news – when it’s the holidays, you can sit and watch a good Netflix series without having to do anything else – except perhaps popping the kettle on in between episodes and re-filling the snack bowl! But, what should you watch? There are so many different series out there and it’s often hard to find a good one.

We asked our tribe of teachers on Instagram for their top picks for a binge-watch over the holidays.

With the fifth and sixth released this year – this is a must-watch! We had a number of teachers let us know they have spent many hours watching these episodes back-to-back.

A Netflix-original drama following the life of Queen Elizabeth II from the 1940s to modern times.

Something that will touch your heart, especially if you’ve ever taught a child that has been on the spectrum.

A heartfelt comedy following Sam, a teenager on the autism spectrum who has decided he is ready for romance!

After four weeks of Netflix releasing this goodie, it had become Netflix’s most-watched series.

When winning takes everything, what are you left with? The Queen’s Gambit follows a young chess prodigy’s rise from an orphanage to the world stage. But genius comes with a cost.

Hold tight! This is one where you’ll find yourself saying… “just one more episode… then I’ll go to bed!”

This is an American drama series starring our very own Toni Collette.

If you’re after something a little light-hearted! This series is for you…

Each of the episodes in this series is approximately 25 minutes – but you’ll be surprised how quickly that adds up!

Liza is a 40-year-old woman who pretends to be 26 in order to get a job in the highly competitive publishing industry. But, will this little white lie come back to bite her?

Well – this is truly a binge-worthy series with 5 seasons all ready to go!

Not for the light-hearted – this series follows a criminal gang based in Birmingham in 1919.

Ok, let’s lighten it up a bit with this hilarious comedy series!

Kimmy Schmidt was rescued at the age of 15 years from a cult. Follow her as she tries to reclaim her life by venturing to New York and experiences everyday life with wide-eyed enthusiasm.

Here’s one for all of the romantics out there!

Seeking a fresh start, a nurse moves from LA to a remote town in Northern California. The small-town living isn’t quite like she expected…

You guys definitely liked the comedies! Which isn’t a surprise – something light-hearted that will make you laugh is the perfect school holiday watching!

This series is another goodie with 5 series ready to go!

Isn’t it the worst when you start watching a series and then find out there is only one series available?

The formerly filthy-rich Rose family is reduced to living in a ramshackle motel in a town they once bought as a joke: Schitt’s Creek!

If you’re into crime – this one’s for you!

This drama series stars a financial planner who relocates his family from Chicago to a summer resort community in the Ozarks.  But, after a money-laundering scheme goes wrong their fate hangs in the balance…

Another sitcom that our teaching Instagram family has loved watching with four seasons of goodness!!

Eleanor, a deceased saleswoman who lived a morally corrupt life, finds herself in a heaven-like afterlife in a case of mistaken identity and tries to hide her past in order to stay on the ‘good’ side!

More of the Best Netflix Shows to Binge

These shows followed closely behind our top ten binge-worthy shows shared by Aussie teachers. See if you can notice some blasts from the past…