Lack of support for longer school days and shorter holidays 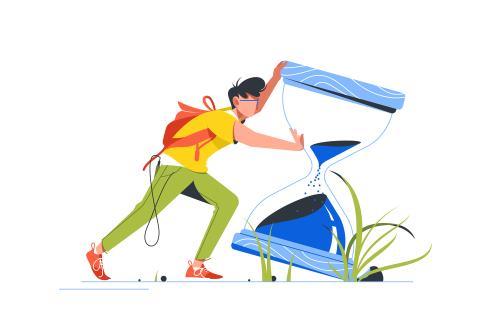 Although few would argue that many students need extra support and catch-up programmes to make up for the education lost during to the pandemic, there seems to be little support from parents for some of the ideas that have been floated about as possible solutions. These include extended school days and reduced holidays.

A poll, conducted by Ipsos Mori, shows that only one in five parents would prefer to see longer school days to help their child catch up. Similarly, only one in four see shorter school holidays as a viable option. On the flipside, popular options include extra support to help children with their mental health and well-being, and extra tutoring to help them academically.

Of course, this would suggest that the majority of parents are in direct opposition to the Education Secretary, Gavin Williamson, who advocated shorter holidays and a longer school day as possible solutions recently.

Just as teachers and unions have warned that the profession risks total burnout if too much pressure is placed on schools to deliver programmes of catch-up lessons, more parents feel the need for extra support to increase the wellbeing of students as more important than extra lessons.

The fact that only 21% were in favour of longer school days, and just 27% backed shorter half-term holidays, suggests that the majority of parents do not see longer days and shorter holidays as likely to be beneficial for helping children’s wellbeing. It’s clear that parents are looking beyond the impact the pandemic has had on children’s learning. They are also concerned about the impact on mental and emotional wellbeing too.

More of the same would be detrimental

The fact of the matter is this: teachers are running on empty as it is. Any move to either lengthen the school day or shorten holidays would only make the situation worse. Teachers would be even more exhausted and have even less time to rest and recuperate before the new academic year. In truth, this means that teachers simply haven’t got the time or energy to devise effective and engaging summer school problems. Extra lessons either tagged on to the end of the school day or shoehorned into the summer would be ‘more of the same’ at best – but delivered by tired teachers who don’t want to be there to tired pupils who don’t won’t to be there.

The overall effect of this could be counter-productive and detrimental. Teachers and pupils alike would both benefit from the full boost to wellbeing that the summer holiday provides, so that all can return refreshed for September.