How to Use Gameplay to Enhance Classroom Learning 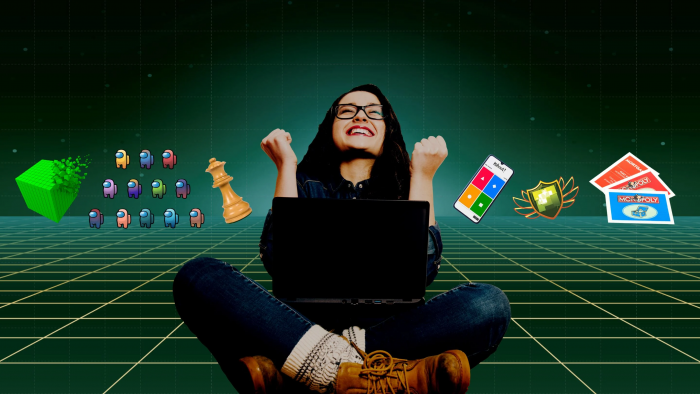 What happens when a gorilla goes into a battle with a brown hyena in an Australian rain forest?

Tanya Buxton’s high school biology students could find out as they embark on March Mammal Madness (MMM), a virtual game modeled after the annual NCAA basketball championship that aims to educate U.S. students about the importance of biodiversity and endangered species.

This is the second year in a row that Buxton has enrolled her Atherton, California, students in the tournament to deepen their understanding of global ecosystems while building community and camaraderie among peers.

Gameplay in school isn’t just about having fun though, say Buxton and other teachers, who are increasingly using games and gaming principles to enhance instruction. From Minecraft to the Game of Life and Werewolf, effective games like March Mammal Madness link content with low-stakes competition and can provide a more collaborative, engaging classroom experience—especially for students who may struggle to focus or find their niche in learning. During the pandemic, games have also provided an important outlet that keeps kids connected and motivated remotely. 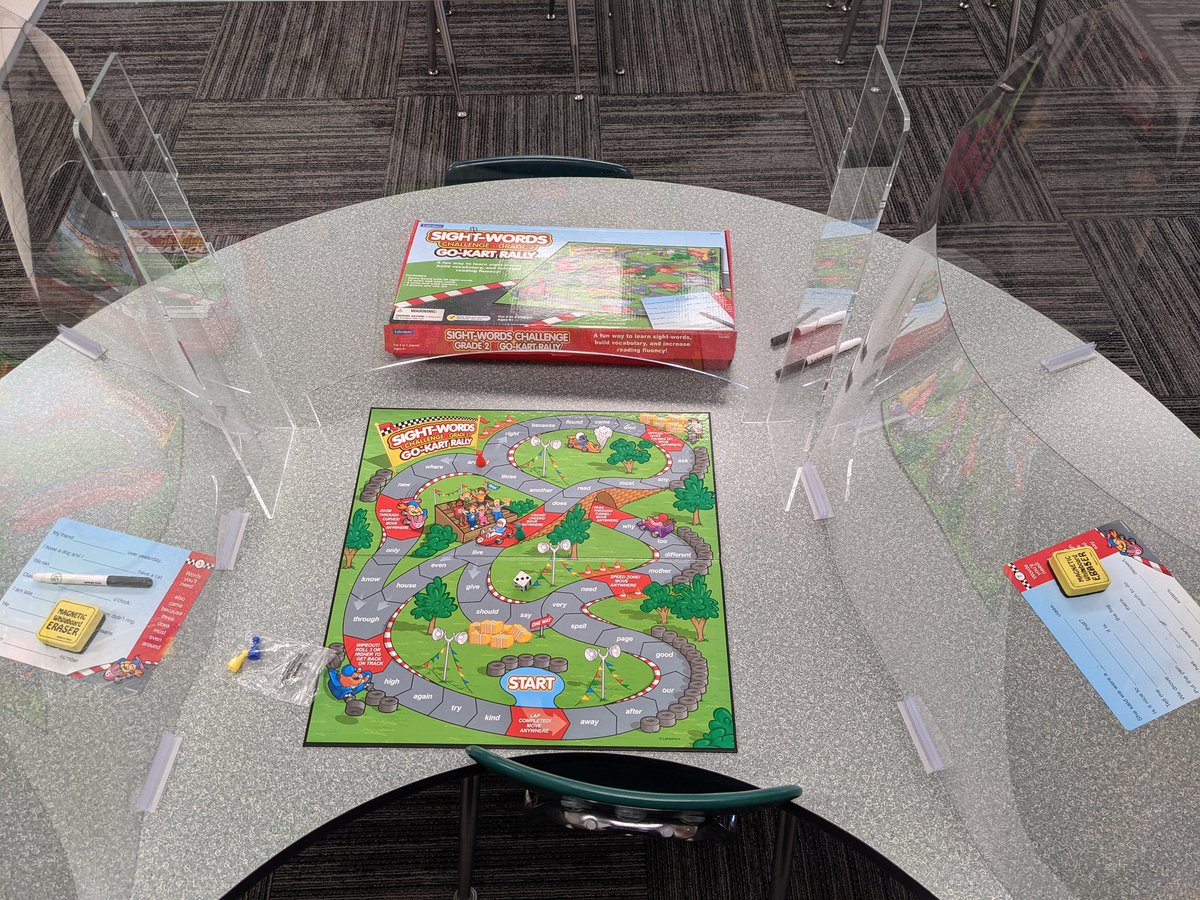 These claims aren’t just anecdotal. According to research, using games in teaching can help increase student participation, foster social and emotional learning, and motivate students to take risks. One study of the popular multiple-choice quiz game Kahoot found that it improved students’ attitudes toward learning and boosted their academic scores. In addition, studies have found that virtual games can improve focus and attention for students with ADHD and help students with dyslexia improve spatial and temporal attention, which can translate into improved reading.

But games aren’t substitutes for other forms of learning. Like any educational tool, they need to be well-planned and integrated only when they’re relevant to the learning objectives.

Think of games not as Band-Aids to fix what’s broken in the classroom but as “a pedagogical approach that might help people think differently about what’s possible... limited only by a player’s imagination and by what a gaming set of rules allows,” says Antero Garcia, an assistant professor at the Stanford Graduate School of Education who studies the impact of technology and gaming on youth literacy and civic identities.

Want to integrate well-developed games or just a few gaming principles into your lessons? Here are some approaches to consider to make games a valuable teaching tool.

In many games, players encounter scenarios that involve making in-the-moment decisions that let them quickly see the impact of their choices in a low-risk setting and then try (and try again) if they falter—skills that are valuable as they go through life, says Garcia. 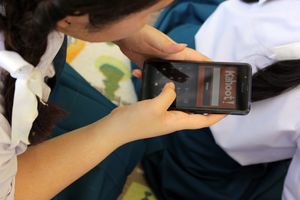 Teachers, for example, can use role-playing games in the classroom to help students inhabit different perspectives and understand them as part of larger, holistic systems of thought, explains Matthew Farber, a former teacher and assistant professor at the University of Northern Colorado who studies the intersection of game-based learning and SEL. This systems thinking can become a good entry point for students to learn about their own agency as they weigh possibilities and consider alternate plans of action.

Because games are interactive—unlike books or movies that involve more passive consumption—they may also encourage students to explore new topics and approaches to learning that they otherwise would not consider, he says.

In the virtual game Alba: A Wildlife Adventure, for example, players launch mini-missions where they discover and protect species of endangered animals. Though students might not consider themselves adventurers or conservationists when they play the game, the low-risk setting can get them thinking about larger-scale impacts they could have in the real world, adds Farber. As a follow-up activity, students could conduct further research on animals they encountered or even take local nature walks to identify smaller ecosystems of local wildlife.

Even if teachers aren’t using a fully developed game in their class, they can use a process known as gamification, or weaving components of games such as points, leaderboards, and badges into lessons to boost students’ motivation. Because students get excited about the competition from earning badges or embarking on a quest, they tend to take more risks—and, in turn, learn from their mistakes, says Manju Banerjee, an associate professor and vice president of educational research and innovation at Landmark College in Putney, Vermont.

When students are researching a topic and conducting a literature analysis, teachers can design curricula to send them on a quest—instead of framing it as a typical assignment—or rethink assessment and “tell a student that he is at a ‘novice’ level rather than a grade of C-” to reduce academic pressure and encourage participation,” says Banerjee.

Though it’s not the only reason to play games, the fun of gameplay is a critical part of why they are so successful with children, according to educators, who say that games can help disguise the learning of essential but challenging skills that kids might otherwise resist. 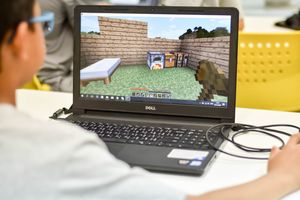 Teachers Joe Dillon and Marina Lombardo, for instance, created a poem-writing activity using Minecraft: Education Edition, in which students move through a maze and visit rooms to learn how to make their writing more descriptive. This game, inspired by Georgia Heard’s Six-Room-Poem activity, guides students through specific writing prompts, such as describing an object by focusing on the ambience of its surroundings.

Many games involve a compelling storyline that can quickly hook kids, which is what makes teaching with them so effective, explains Kendra Cameron-Jarvis, an instructional technologist for Buncombe County Schools in western North Carolina. In a game she designed called Discovering the Ancient Pyramids Adventure, sixth-grade students use Google Maps Treks—which provide a 360-degree view of the ancient structures—to go on a quest inside the Great Pyramid and solve a mystery while they explore. The game reinforces what they’re learning in class about ancient Egypt, she says.

“It’s kind of sneaky—they don’t realize they’re learning,” she says. “Kids are going to have a really good time, and they’re going to learn along the way.”

Teachers are also increasingly using apps and interactive game platforms like Kahoot and Quizizz—Kahoot says that more than 6 million teachers in 200 countries use its app to date—as fun formative assessment tools to ensure that students are on track with their learning, especially during the pandemic. Cameron-Jarvis says teachers are reporting that the platforms are so engaging, students frequently request to play them as part of their learning.

To increase the likelihood of all students participating, teachers can scaffold the difficulty levels of a game, calibrated to the current ability of the student. For students with special needs in particular, games can be beneficial because they disrupt traditional learning approaches and introduce opportunities for them to succeed where they have often struggled, says Banerjee, who has more than 29 years of experience in the field of learning disabilities.

Banerjee recommends that teachers use a myriad of low-stakes leaderboards—scoreboards that show the names and scores of participants—to highlight often-overlooked activities or skills in a way that recognizes contributions from students who typically do not perform well on traditional assignments. Teachers can give credit to the student with “the most creative calculation error” in a math class, for example, which not only makes learning more entertaining but acknowledges that all students can contribute meaningfully within a classroom.

Though students can play games alone, most education games encourage players to collaborate effectively in teams—a building block for creating strong relationships and skills like cooperation that will be valuable as they progress through school and life, studies show. 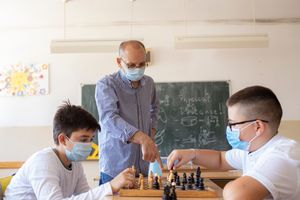 These social interactions have been crucial during distance learning, according to Douglas Kiang, a high school computer science teacher at the Menlo School. Since schools went virtual last spring, Kiang has used Minecraft to give students a chance to interact with each other while learning social skills such as teamwork, negotiation, and respect for others. He also plays Among Us with his advisory group of about 10 students.

“I think games are useful in that respect for bonding and for allowing kids to socialize and communicate with each other,” says Kiang, who is a nationally recognized expert on game-based learning and technology integration.

Integrating more community-building elements into your classroom doesn’t always require playing a multiplayer video game, though, says Cameron-Jarvis. She suggests posting questions in the stream of popular tools like Google Classroom, Flipgrid, and Nearpod, and letting students respond, interact, and debate ideas. Other teachers have used Google tools to make their own versions of traditional games like Connect Four or Tic Tac Toe so that students get a brain break from academic learning.

The important part of using games in the classroom is trying not to gamify everything and to start small, using games with rules that students understand, says Cameron-Jarvis. The mix of games also matters, adds Farber, who says teachers should aim for variety. If you do let kids play games in class, he says, “think about the emotions those games evoke besides strategy and procedure.”