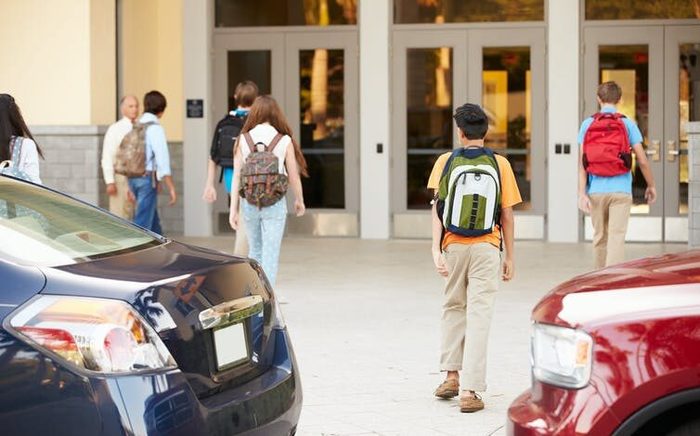 In Queensland, principals already have the option to stagger the start of their school days. It could be as simple as starting some classes at 9:30am and finishing at 3:30pm.

But how would it all work? And do we have evidence it will make a positive difference?

Let’s first talk about sleep, which young people don’t get enough of.

Australia’s sleep guidelines recommend children aged five to 13 get nine to 11 hours of uninterruped sleep each night. 14 to 17 year olds should aim for eight to ten hours, but are only getting an average 6.5 to seven hours on a school night.

The average teenager likes to stay up later and wake later, so the sleepiness hormone, melatonin, is released at a later time and delays the body clock. This then means young people feel sleepier later on in the day, and sleep in later in the mornings.

This is one important reason school start times, particularly for older students, should be delayed.

A 2016 study found not getting enough sleep contributed to several cognitive and behavioural problems in students that had a negative impact on their academic performance and functioning. The study supported delayed school start times to improve sleep.

What do we know about staggered school times?

There isn’t much research in this area. But in 2007, I supervised a doctoral study investigating timetable reform with split shifts in Queensland schools.

The research examined existing practices in schools that had various nontraditional school hours. It focused on one of the state’s largest secondary schools near Brisbane.

The researcher interviewed, and ran focus groups with, a range of stakeholders including teachers, parents and students. The main question was about how effective and efficient staff, students and parents found the reform structure of a split-shift timetable.

These were the benefits

The study identified a number of other benefits for students, parents, teachers, schools and communities.

For students, there was

And in some cases, students found it easier to get part-time jobs and access work sites for vocational education and training.

For staff, the split shifts created better blocks of teaching time. However, it’s important staff be allocated to one shift on a teaching day — not, say, starting with year 12 at 7:30am and finishing with year 7 at 4pm (unless by mutual agreement in specific cases).

For parents and the community, benefits included

Could all schools do this?

There are, of course, many kinks still to work out if NSW were to do this on a system-wide level.

For instance, parents are worried a change to the school schedule may disrupt their already curated schedules that take in the needs of school, extra-curricular activities, commuting and work. Parents with children at different schools are worried one will change its hours but the other won’t. Or a later finish will make it harder to get kids to swimming lessons and soccer training.

That’s why the education department needs to work with local communities. As NSW Treasurer Dominic Perrottet has said the project

[…] will allow us to establish a range of alternative make-ups of the school day that work.

Schools in 46 states in the United Sates have been running various forms of staggered school start times, in ways that seem to work for the community. One school superintendent from Minnesota, Dr Kenneth Dragseth said “starting school later was the most significant and beneficial decision I made in all my years as an educator”.

A research base will soon emerge for NSW state schools on what works and doesn’t work with regards to school start and finish times. This may then change over time as the model adapts to emerging needs or identified problems.