Addressing Race and Racism Head-On in the Classroom 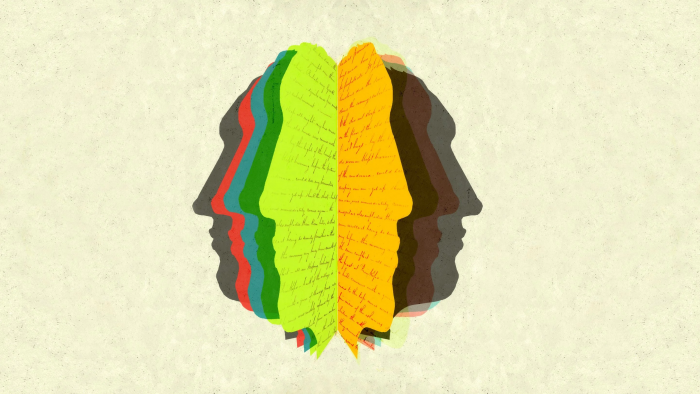 Teaching students U.S. history authentically requires educators to delve into race and racism, invite “complexity and hidden narratives” into the conversation, and give students the tools to navigate and make sense of “the truths that are difficult to reconcile with the messages of freedom and democracy,” writes Emily Boudreau for Usable Knowledge, a Harvard Graduate School of Education publication.

“What does it mean to be living on land taken from Indigenous people? How can a nation recognize that many of its institutions were built and made possible by the labor of enslaved people?” Boudreau writes, referencing an inclusive vision of history that asks us to acknowledge the contributions of women, Black, Latinx, Asian, and LGTBQ people, for example. “Because conversations around these hard histories can be challenging, educators need to know how to approach the subject in considered, developmentally appropriate ways.”

As schools, and the country, become more diverse, a growing number of educators are working to expand K-12 curricula “to include the narratives of people from a wider range of racial, ethnic, religious, and cultural backgrounds,” writes journalist Holly Korbey. Greater inclusivity in history, she writes, allows young people to “see themselves in the story of our shared past, they not only develop a deeper appreciation of the subject, but become more civically active.”

Here are four considerations, culled from Boudreau’s article and from our Edutopia archives, for teaching and engaging with the complex narratives surrounding American history.

FEATURE STORIES OF RESISTANCE AND RESILIENCE

Historical narratives should strike a balance between examining racism and discrimination but also highlighting “the resilience and resistance of communities throughout history,” so they’re instilling hope in young people, Boudreau writes, but also correcting the narrow, often cursory view of U.S. history that glosses over important figures of resistance like César Chávez, Elizabeth Cady Stanton, the disability rights activist Ed Roberts, and Kwame Ture, born Stokely Carmichael. It’s an effort that calls on educators to “teach a more accurate history that commonly goes untold: the role of grassroots activists and women, nuanced portraits of leaders like Parks and King, and racial and social justice battles that link the past to contemporary issues of inequality,” writes Melinda D. Anderson, a journalist.

“It’s imperative that teachers not reinforce a milquetoast version of Black history that is anti-Black because of its erasure of painful truths,” writes Rann Miller, an after-school program director. As a student, Miller learned about Martin Luther King Jr., Harriet Tubman, and Frederick Douglass. “I heard very little of Malcolm X, the FBI’s campaign against civil rights leaders, the Rainbow Coalition put together by the Black Panther Party’s Fred Hampton, or Hampton’s assassination. I learned about the struggles of my enslaved ancestors, but not about Gabriel Prosser, Denmark Vesey, or Nat Turner.”

Textbooks tend to gloss over large swaths of history, “without going into much depth or bringing the voices of those who lived through those times to the surface,” writes Boudreau. It’s up to teachers to bring those voices into the classroom via primary source documents “that tell the story of an event using the words of the people who are described by the curriculum.”

It’s important, however, to make sure these materials are developmentally appropriate—teachers can “redact or edit them so students can understand and engage with the texts,” Boudreau suggests—and to give kids opportunities to discuss and process “feelings that come up as they learn about these histories.” One way to do this is to check in with students via an anonymous Google survey. “A teacher can then validate those emotions—some people might feel angry or sad—but giving students a chance to process the emotions that come up is essential for us to move forward as a country and acknowledge racism,” says Adrienne Stang, a K-12 history and social studies coordinator for Cambridge Public Schools.

Meanwhile, the effort to find and work with primary documents presents a valuable opportunity to teach older students how to carefully vet resources—a foundational, critical thinking skill that involves understanding the cultural context and values from which primary sources spring, and determining the credibility of resources. In social studies, for example, “vetting resources is important not just because we want to ensure students are learning from accurate, verifiable materials,” writes Paul Franz, an educational researcher and former middle school teacher. “It’s important also because the ability to ask questions about sources, bias, and context are at the heart of social studies education and are essential skills for thriving in the modern world.”

MAKE SURE KIDS SEE THEMSELVES IN YOUR CLASSROOM

Books and curriculum should “reflect the diversity of our world and identities of all students,” in the classroom, writes Boudreau. In the early grades, check in with families and caregivers to gain an understanding of students’ backgrounds, suggests Stang, and make sure kids have opportunities to learn not just about the identities of students in the classroom, but also about diverse cultures and backgrounds that aren’t reflected in the room.

And while school and classroom budgets may be tight, even small changes—like sharing one book that references a child’s experiences—can make a difference, says second- and third-grade teacher Natalya Gibbs, who hangs posters that reflect her students’ identities and experiences such as family and home life structures and languages, and offers skin-toned crayons so her students “can see themselves in all aspects of their classroom.” Her approach changes each school year, depending on the students in her classroom. “It’s about ‘Who is this class? What do they bring?’ I’m growing my curriculum based on the community of children that I have each year, which means learning about my students and their cultures and making sure that they’re represented.”

TEACH HARD HISTORIES IN OTHER CLASSES TOO

It’s not just the job of history teachers to take on the complex discussions around race and racism. “Including curriculum and sources that deal with both hard histories and narratives of resilience and agency is the job of every teacher, not just those in the history department,” writes Boudreau.

In STEM classes, for example, writes scientist Ainissa Ramirez, author of The Alchemy of Us, which showcases little-known inventors, particularly people of color and women, it’s critical to “inform [students] about the past.” In doing so, educators not only “demystify scientific advancements by revealing their messy historical reality; we show students how science is actually conducted; and we have the opportunity to spotlight scientists who have been written out of history—and thus invite more students into the world of science.”

In English class, make texts from authors who represent a spectrum of racial, cultural, and gender perspectives available, and emphasize the contributions of often marginalized people to American history—Bao Phi’s A Different Pond, R.J. Palacio’s Wonder, and Malinda Lo’s Ash, to name a few. “Teach students about the Africanisms in American English when discussing or teaching grammar,” writes Miller, who recalls reading Mark Twain, Charles Dickens, and William Shakespeare in English class, but never Langston Hughes, Maya Angelou, or Toni Morrison. “Students should be introduced to texts by Black authors that speak to Black experiences, Black perspectives, and Black accomplishments. These authors remind children and adults that Black excellence is not confined to athletics and entertainment. How can we promote the academic excellence of Black children without introducing them to Black intellectuals—individuals they can see themselves someday becoming?”